Celebrations at The Bridge Church in Otley 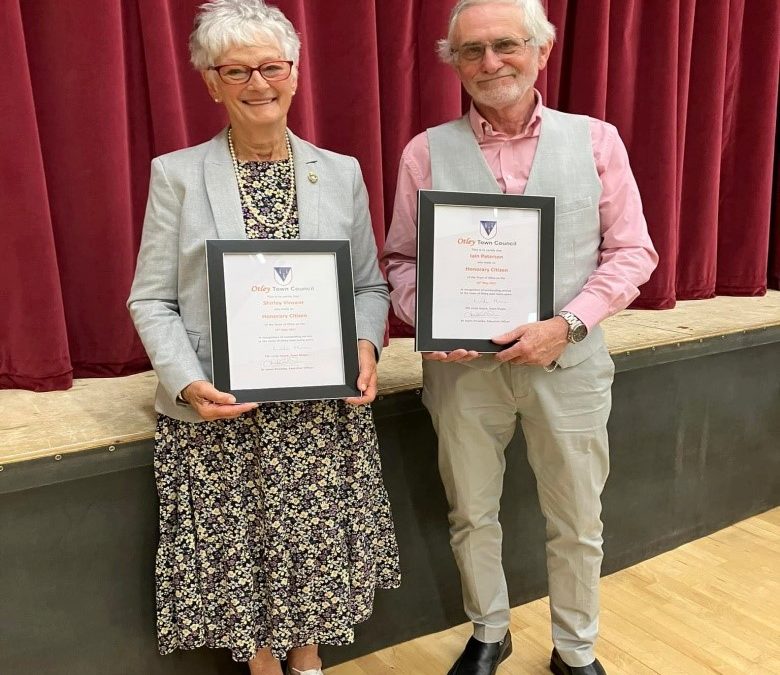 The Bridge Church (URC) in Otley was celebrating as two of their members were made Honorary Citizens of Otley at the recent annual meeting of Otley Town Council.

Shirley Vincent and Iain Paterson were acknowledged for their outstanding community work, Shirley for her voluntary work in a local school, with the WVS and the Royal British Legion, and Iain for over 50 years of Scout Leadership, most of it with the Bridge Church’s Scout Group.

Honorary Citizenship is the highest honour that the Town Council can bestow on local residents.